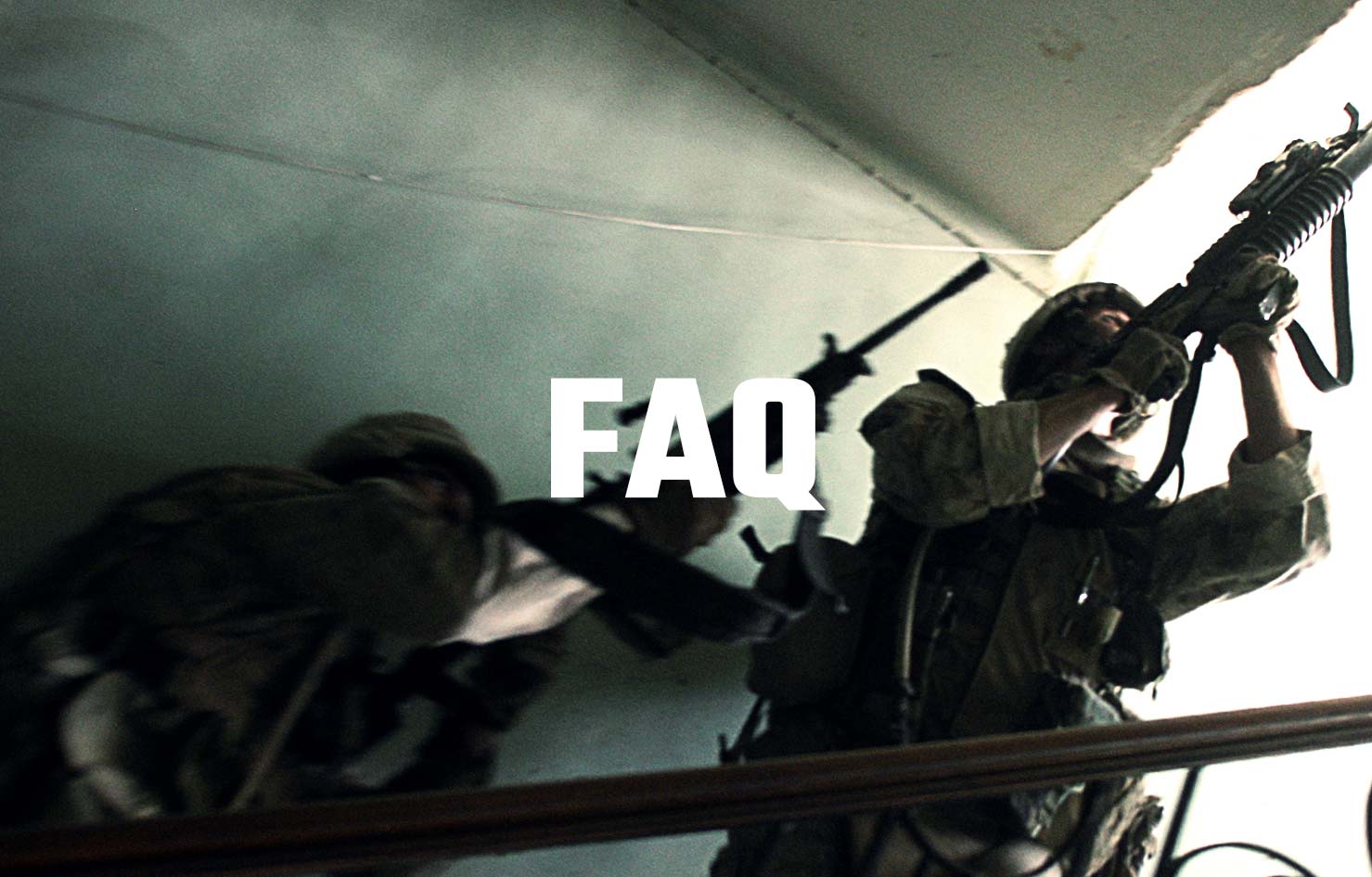 Why are you making this game?

Those of us who've never experienced combat have always struggled to understand it. What happens during these moments forever shapes the lives of those who were there. And, very often, these moments change the whole world.

Before the Battle for Fallujah began, the men in the lead units were told that 70% of them would be killed or wounded during the next few days. They went in anyway.

Then, after 70% of these men were actually killed or wounded, the rest regrouped and went in again.

The Battle for Fallujah is filled with stories and people as remarkable as any in history. Their courage inspires us, and their sacrifice reveals powerful truths about war -- and about us.

For generations, we've tried to understand combat by watching what happened to somebody else. Six Days in Fallujah challenges you to solve real-life situations for yourself. After all, if a picture is worth a thousand words, being there must be worth a million.

It's time to set politics aside and step into one of the world's most important events in half a century.

What do veterans think about Six Days in Fallujah?
‍
The game was conceived by a Marine who was badly wounded during the battle, and more than 100 Marines and Soldiers have helped during its development. With more than three million service-members who served in Iraq, there will always be many opinions about any media attempting to tell stories from this war. But we've found that most veterans are eager for videogames to share stories about the courage of those who fought by their sides.

Does the game tackle the controversial aspects of the battle?
‍
Six Days in Fallujah explores many tough topics, including the events that led to the battles for Fallujah, what happened during these battles, and their aftermath. We do this during gameplay and through documentary segments that include interviews with many Marines, Soldiers, and Iraqi civilians who were most affected by these battles. Their opinions are diverse and surprising.

How are Iraqi people portrayed in the game?

‍We began interviewing Iraqi civilians in 2008. So far, we've interviewed 26 Iraqis, 23 of whom are from Fallujah, and we're anxious for you to experience their stories. Players will encounter Iraqi civilians during gameplay, as well as during documentary interviews. And, players will also assume the role of an unarmed Iraqi father trying to get his family out of the city during certain missions.

‍How are you helping service members and Iraqi civilians outside the game?
‍
A portion of the proceeds from Six Days will be donated to organizations supporting coalition service members, as well as Iraqi civilians, who have been most affected by the war on terror. Our focus will be on those whom traditional relief efforts are not yet reaching. Marines, Soldiers, and civilians who’ve helped us create the game will be deeply involved in directing these donations.

Which platforms will Six Days in Fallujah support?
‍
We plan to release on current and next-generation consoles from Sony and Microsoft, as well as Windows PC. We're currently targeting late 2022.
‍