Until recently, it was believed that Global Dynamic Lighting in high-end 3D shooters was only possible on the most recently released videogame consoles and high-end PC graphics cards. However, Six Days in Fallujah will bring this extraordinary technology to previous generation consoles and mid-range PC graphics cards, as well as the newest, next-generation systems, when the game ships in Q4-2022. Combined with Procedural Architecture, which re-shapes the inside and outside of every building, Global Dynamic Lighting ensures that, just like actual combat, players walk into every scenario totally uncertain about what’s about to happen – every time. 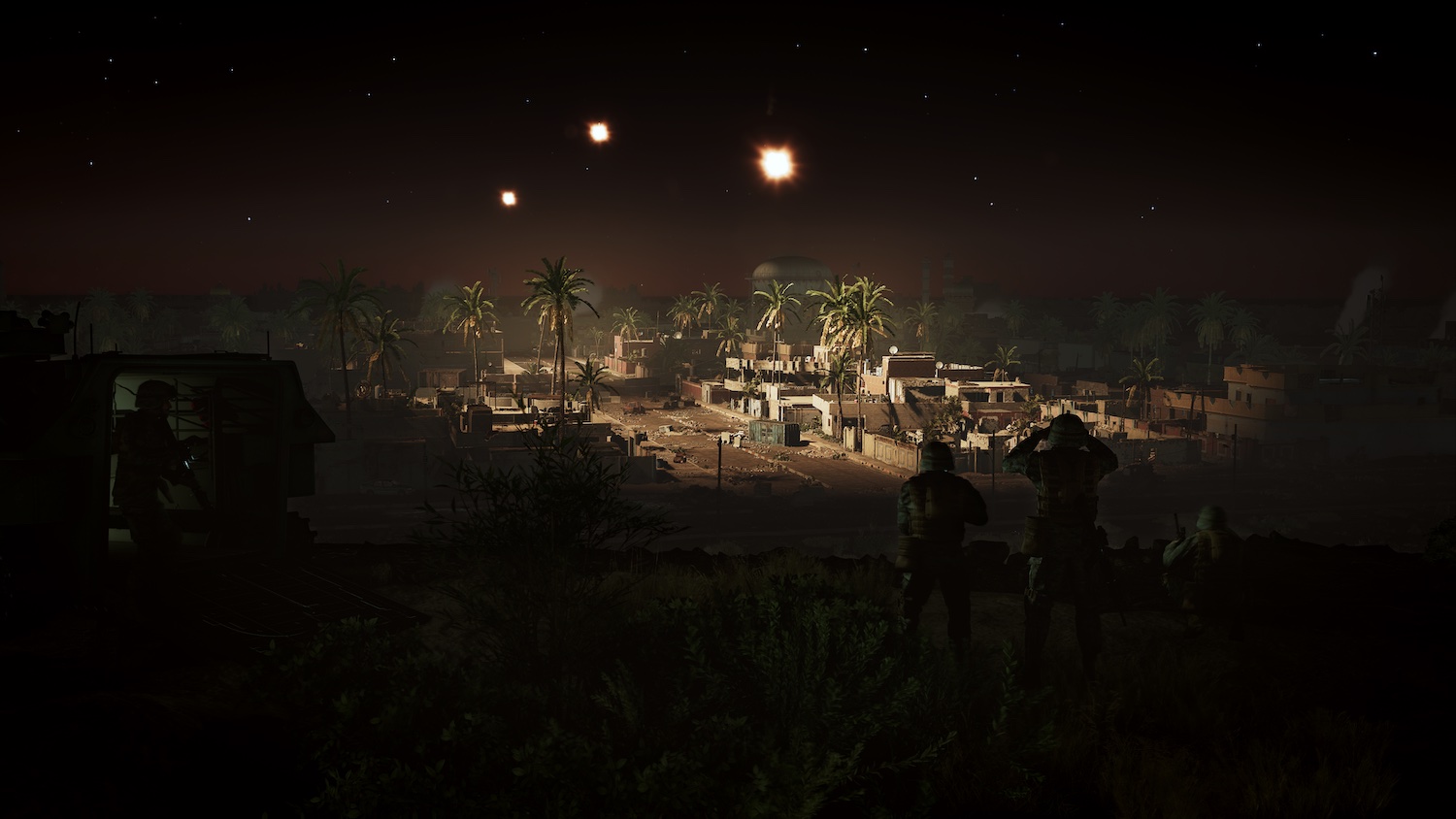 While typical 3D shooters rely on fixed lighting that cannot change while the game is played, Six Days in Fallujah has a dynamic and ever-changing game world. New threats are exposed and concealed as the sun, clouds, and flares illuminate – and then hide – nooks, crannies, and threats across the game world. Bunkers and sniper roosts visible one hour become hidden by shadows the next. Rooms lit by the morning sun are dark by afternoon. And flares crossing the sky at night move both light and shadows dynamically from one second to the next.

Much more detail about the Global Dynamic Lighting in Six Days in Fallujah, along with newly released video, is available in a new developer diary Victura and Highwire Games are announcing today, called “SITREP,” which is available at: https://www.sixdays.com/news/sitrep-global-dynamic-lighting