"Clearing a building in Fallujah always begins with the building before it."

As we've been promising for some time, we're now ready to begin a series of SITREPs about breaching and Marine tactics, starting with some things that made breaching in Fallujah different than other games have explored. 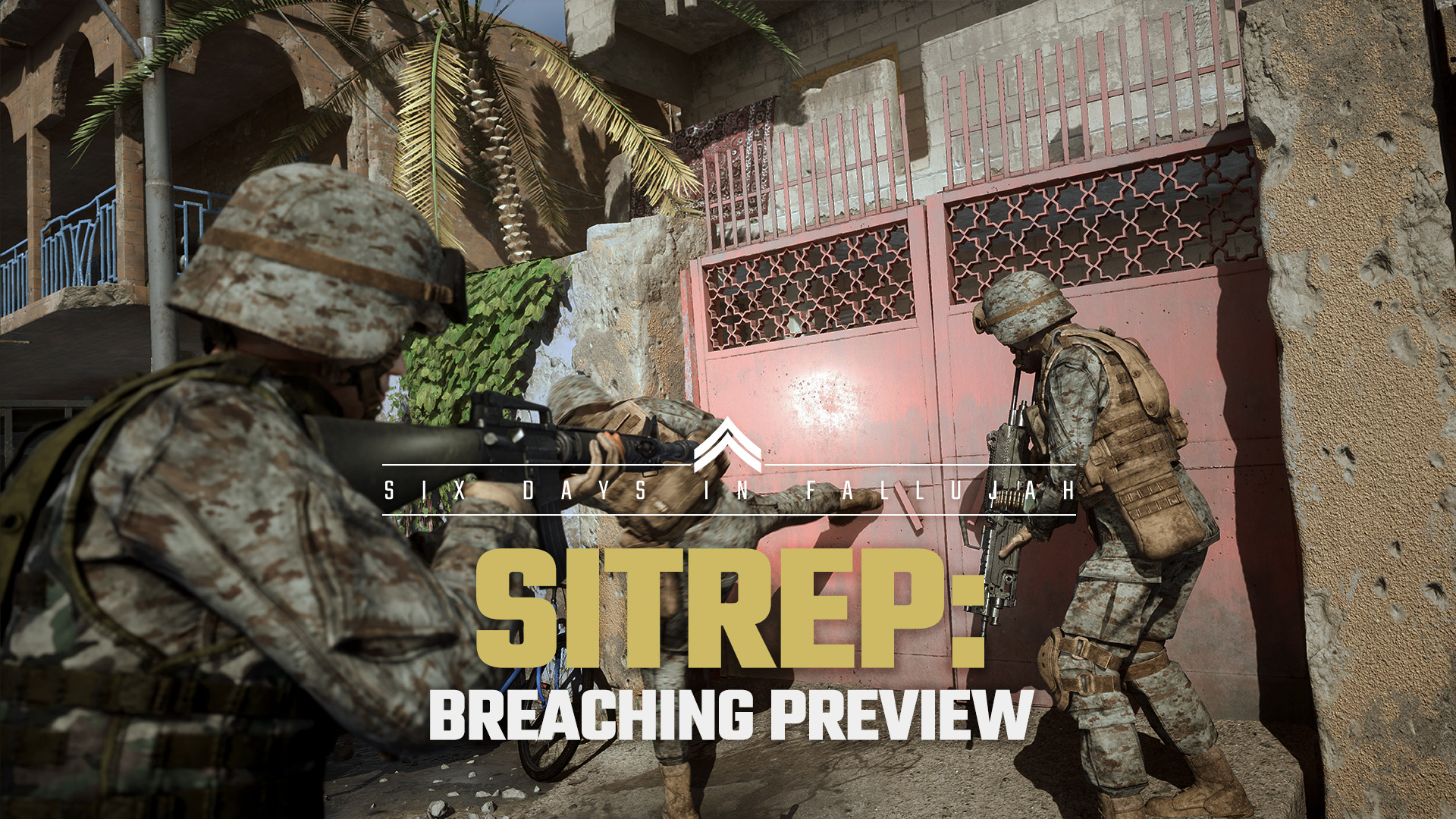 Sgt. Kyle emphasized to us, "clearing a building in Fallujah always begins with the building before it.” Before Marines and Soldiers could solve one problem, they had to tackle the problem that preceded it. Combat operations presented a series of challenges that were in constant motion, and the ability to make split-second decisions meant the difference between mission failure and success. Servicemen and women often applied the OODA loop—short for observe, orient, decide, act—to work through the ever-changing web of conflict presented by urban combat.

However, the "observation" phase in Fallujah was vastly different than videogames have explored in the past. Across the last couple decades, players in tactical games were not only given the tools to survey enemies beyond a door, but they were also allotted the respected time to do so. In Fallujah, none of this was possible as Marines and Soldiers were continually operating in a hostile 360-degree environment. The threat of the enemy was constant, pressure was high, and fire could come from any direction at any time. Let’s also not forget that none of them carried the optical devices needed to gain visibility through doors and walls.

Before breaching a building or compound in Fallujah, it's essential to take a moment to pause, listen, and observe across the entire fireteam. How many windows does the building have? Are Insurgents visible from the outside of the compound? What material is the front door made of? Can you hear anyone inside?

“Orientation” and “decision” phases follow immediately afterwards, with heavy communication between the fireteam on threats, roles and responsibilities, and changing variables in combat. Enemies could be flooding the first-floor, and the only viable entry point is on the roof. Perhaps mortars are raining down on the rooftops. What about the back door? Are there alternate routes available?

Finally, the “action” phase pieces all of it together. As a unit, fireteams should execute breaches with violence and speed to achieve momentum. Overwhelm your target with firepower and force and hold every piece of covered ground. And communication certainly doesn’t stop once inside. Immediately call out open doors and windows and cover them with your weapon. Once you've achieved your foothold, ensure momentum by moving quickly to the next breach.

So, here's a 1-minute introductory look at breaching and room clearing in Six Days in Fallujah before we break for the holidays. We'll be going into more details early next year about the various ways players can breach doors, how to use observation before entry, as well as picking the best entry point and techniques.